In order to gain more experience in Wordpress I delved into its code base to study its inner working and its workflow, and I was quite astonished when I saw that:

Now, from the year-long frequentation of SO I learned a lot of things, especially that the above three function are “deprecated” and show security issues, and are watched in horror by many.

But WP must have a reason to use them. I’d like to know from more experienced programmers if there are really security issues, or if sometimes their usage is just too clouded in rumors and false convinctions. I know that magic_quotes is an heritage from the past, and the same could be said for addslashes (at least when used for databases), but while googling before asking this I found many websites talking about using addslashes() over mysql_real_escape_string().

I’m interested in knowing a clear, detailed reason on why those badly depicted functions are used; Wordpress had had many improvements over the years, addressing different aspects, and yet these functions are still used; I’m looking, therefore, to a concrete explanation over the positive aspects that somehow override the negative ones and justify the usage of those functions.

I’m not looking for opinions (I perfectly know they’re offtopic here), nor I am ranting about Wordpress, I hope this is clear. I’d just like to know why many php programmers consider these functions “bad”, and yet a worldwide giant like Wordpress, who’s at the 3rd version now, still uses them.

Is this for compatibility with different servers and php versions? (they check very earl for those, though).
Is there something I miss about this functions, how important they can be in an environment like wordpress (or in general)? I’m quite confused, to be honest.

NOTE: This question was originally posted at StackOverflow.com by Damien Pirsy 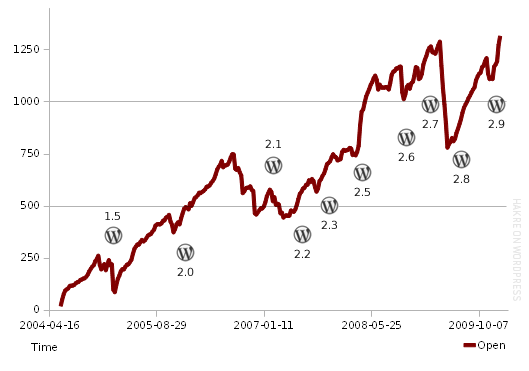 Don’t rely on the Wordpress codebase to do assumptions about good practice or current standards in PHP coding. I’m saying this as someone who has fiddled with wordpress development over a longer period of time.

Wordpress codebase is about 10 years old, it’s full of legacy code[1]. The program can not evolve on the code-level much because of that, so you find a lot of workarounds for problems that are already solved nowadays much better.

Just take this story: PHP had magic quotes. Wordpress developers thought it was useful. So for those hosts that did not have it configured, they added it. Ending up whith code that expects slashed input data often and at various places. The simple thing is, now they just can’t change it to proper input processing and sanitization easily because of the usage of (super)globals introducing static global state nearly everywhere.

You can not easily refactor such code.

Same for the database class. It has a long history, originally based on an early version of ezSQL. At that time there was not mysql_real_escape_string and when it was introduced, the WP devs had the problem that not all installation bases support it.

So don’t wonder about the coding practice you find inside the Wordpress code. You’ll learn how things could have been done years ago and with more or less outdated PHP versions. It’s not that long ago that Wordpress switched to PHP 5 for example.

This might not be your list of priorities (hopefully), projects differ here a lot. But having a legacy code-base alone is a burden regardless how project priorities are set. Wordpress is only one example.

NOTE: This answer was originally posted at StackOverflow.com by hakre

In complement to @tom answer.

Automatically parsing the whole entries and adding magic quotes is both creating bugs and useless.

So Why?, why do we see such function in a CMS?

Seems that this is the way to implement a Registry pattern in wordpress… They wanted to make the code simple to understand, and to allow a simple way to access importants objects like the query or the post. And an object oriented Registry class was not in the simple PHP way, where the $_GLOBALS array is already an existing registry.

Having a Registry is a perfectly valid thing in an application. a register_global thing is dangerous only if you allow some user input to override your valid secure input. And of course only if this secure input is taken from $_GLOBALS elsewhere (or with global keyword).

The dangerous part in the function here is the part of the function you have extracted, the loop on $query->query_vars. You will have to track the calls to see if user injected keys could run throught wp_parse_args and finish in that function. But the next part of this function is fixing $_GLOBALS content for several objects:

So at least theses globals cannot be overwritten by user input and are safe.

So, theses functions are bad. But you can use them if you understand what they do and what you need to do to prevent the bad effects. And when you want to implements a simple framework for developpers, available on a very wide environment you sometimes have to use them.

But for sure it’s a bad practice, you can certainly find bad wordpress plugins using *$_GLOBALS* in the wrong way or misusing the add_magic_quotes to data pulled from db wordpress concept. But there will be years before a Zend Framework CMS gained such a big number of contributions.

NOTE: This answer was originally posted at StackOverflow.com by regilero

Wordpress. I’ve spent a lot of sleepless nights trying to answer the only one question: “Why??”

Since I’ve faced with its source code I hate it. It is awful. And let my post(and reputation as well) will be minused but it’s true.

It doesn’t have core. There is a rubbish of code instead of core. It reminds php3. Huge heap of unrelated and unlogical functions are used in it. “Copy and Paste” – the only one design pattern is used in wordpress.

Yes, the have emulated using of prepared statements. But why they don’t use PDO, or mysqli? They have copypasted almost all PDO functions but haven’t use it instead. Using of mysqli instead of mysql requires even less efforts.

Global variables – is the philosophy of wordpress. “If we don’t know how to change this var we’ll mark it as global var and everybody will be happy.” – here is what wordpress developers thought when they developed hellpress.

Every new version contains a lot of new in design, they add new default themes, they change background color in admin area from #ccc to #cdcdcd, they use dropdown menu in admin area instead of accordeon. And it awesome. But they do not improve its code.

Did you read comments in WP “core”? No? And I did. They are “awesome”. Something like “What this function is called for? Let’s it leave just in case.” or “Do not hardcode this in new version.” and so on.

The only one answer to the question “Why?” I got is: “Because it works. And if it does work do not touch it!!!”

wordpress.org is one most visited sites in the world. Why? Because nobody able to understand wordpress’s logic. Everybody every time needs to ask something on the forum or read in the codex.

I hope you understand my point of view.

NOTE: This answer was originally posted at StackOverflow.com by Ruslan Polutsygan

Generally I think the best approach is to use a request class and do all your stuff there.
That way there is only one place where you deal with GET,POST,COOKIE, SERVER etc which makes it far easier to manage in contrast to having a bunch of random functions doing different things. That’s just a recipe for disaster.

NOTE: This answer was originally posted at StackOverflow.com by gus

The following text is taken from PHP.net

There is no reason to use magic quotes because they are no longer a supported part of PHP. However, they did exist and did help a few beginners blissfully and unknowingly write better (more secure) code. But, when dealing with code that relies upon this behavior it’s better to update the code instead of turning magic quotes on. So why did this feature exist? Simple, to help prevent SQL Injection. Today developers are better aware of security and end up using database specific escaping mechanisms and/or prepared statements instead of relying upon features like magical quotes.

The reason why you should use mysql_real_escape_string() is because it’s a “MySQL function” and is created especially for escaping user input before it’s executed in a mysql query, while addslashes() is a “PHP function”. That probably sounded a little weird, but there’s one important difference between the two and it has to do with the use of single- and multi-byte characters. You can still inject databases protected by the addslashes function, but injecting databases protected by mysql_real_escape_string is far more difficult. You can read more about it HERE

The reason why you should NOT use register_globals is because variables become accessible to everyone, which means that in the following example you would be able to set $access to true if it hasn’t been initialized before

The above code would give you sh#! loads of problems, but if we initialize the variable first by adding the following to the top of the page

…we should be fine even if we have register_globals ON

So, if the Wordpress team have initialized all variables (which they probably have) then you don’t have to worry about the use of globals.

It’s definitely bad practice using any of those 3 functions/features and I would never do it myself. Are you sure you’re working with the latest version of Wordpress? Like someone commented, if you are using the latest version it’s because of laziness or worse it’s still in there. I’ld never use Wordpress for anything other than blogs that doesn’t require much security..

NOTE: This answer was originally posted at StackOverflow.com by Tom

There is no better way to answer why they are bad than referring to the PHP documentation on magic_quotes:

This feature has been DEPRECATED as of PHP 5.3.0. Relying on this feature is highly discouraged.

So why does Wordpress still use Magic Quotes?

What about the other functions?

I am honestly not sure. Relying on super globals is a very bad idea. This is simply laziness of the Wordpress development team. Perhaps they have more important issues to work on.

NOTE: This answer was originally posted at StackOverflow.com by Levi Morrison

This is wrong place to ask such a question.
It is always a bad idea to ask some third party person of the reasons someone else had somewhere else.

It is obvious that you can’t get an answer here unless you will lure some authorized wordpress developer here with such a bounty.

Yet your question is too broad. However, it is possible to answer it’s abstract part:

I’d like to know from more experienced programmers if there are really security issues, or if sometimes their usage is just too clouded in rumors and false convinctions.

Does hands washing really prevents a disease?
What if I won’t wash my hands – will I surely sick?

These features (although indeed, as any other feature of our unlucky language, too clouded in rumors) are merely a hygiene everyone have to follow as a basic instinct.

Although most of time…

…any exception from these circumstances can make you sick with high probability.

NOTE: This answer was originally posted at StackOverflow.com by Your Common Sense

They did this for one reason:

To make sure Wordpress is compatible with most Web Hosting providers.

NOTE: This answer was originally posted at StackOverflow.com by I'll-Be-Back